Orchestra Toronto is pleased to welcome five exciting apprentice conductors for our 2018-19 season. 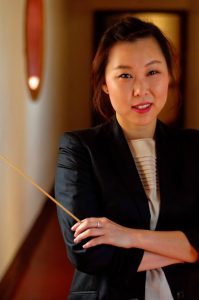 Orchestra Toronto is delighted to welcome Jennifer Min-Young Lee back to the OT podium. Jennifer is an active conductor, music educator and vocal pedagogue in the greater Toronto area. Equally dedicated to music education, she is committed to inspiring and sharing her experiences with younger musicians.  She is a high school music teacher where she directs numerous choral and wind ensembles in York Region. Her ensembles regularly perform at festivals in Canada, the United States and Europe.

Jennifer recently served as associate conductor of the Toronto Mendelssohn Choir where she conducted and prepared the ensemble for appearances with the Toronto Symphony Orchestra.

Jennifer has worked with the complete spectrum of musicians, from children to youth, through university and community, to professional ensembles. She participated in numerous international choral/wind/orchestral master classes working with distinguished conductors including an invitation to participate at the Allegra International Summer Academy, 2016 in Bulgaria as an orchestra conductor.

Jennifer holds a Master of Music degree in Conducting from the Eastman School of Music, Rochester as well as Bachelor of Music and Education degrees from the University of Western Ontario.

Jennifer is returning to Orchestra Toronto to work with the orchestra in preparation for our October 21 performance, Autumn Celebration. 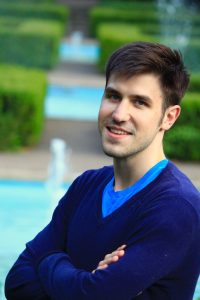 Passionate about sharing his joy of music, Paul Genyk-Berezowsky is an active performer and teacher based in Toronto.

During the 2018-2019 season, Paul is working as a conductor with a number of choirs in the GTA, including as the inaugural Choral Director of the Toronto Physicians Choir, Associate Conductor of the Pax Christi Chorale, Assistant Conductor of the Oakville Choral Society, and is in his fifth year of directing the Junction Chorus, a choir for adults with intellectual disabilities.

Paul has appeared as guest conductor with Pro Coro Canada in Edmonton as a part of their Emerging Conductors Program, Vancouver Chamber Choir at the 38th annual National Conductors’ Symposium, Elmer Iseler Singers as a participant of the 2017 Halifax Choral Conducting Institute, and London Pro Musica as the 2018 recipient of the Ken Fleet Choral Conducting Scholarship.

Paul is delighted to return to Orchestra Toronto to take part in the Apprentice Conductor program for a second time, having participated previously in Spring 2017. Paul will work with the Orchestra in rehearsals for our December 9 concert, The Snowman and Friends. 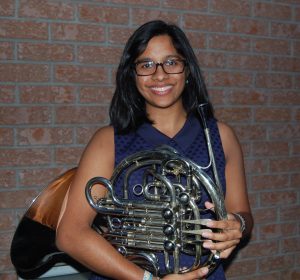 Sydney is excited to be a part of Orchestra Toronto’s 2019 season. Sydney completed a Bachelor of Fine Arts in Music from York University this past year. She began her degree as a trumpet player but quickly developed a passion for the French horn. She plays a number of instruments including horn, trumpet, guitar and piano.

Sydney is a young musician, developing her craft and beginning to step into the different avenues that a career in music has to offer. She currently works as a Worship Leader and the Choir Director at Alderwood United Church. Sydney has played in multiple known venues in Toronto including Massey Hall, Koerner Hall, Glen Gould Studio and also Carnegie Hall in New York. Sydney plays with the York Wind Ensemble under the direction of Bill Thomas, York Univeristy’s department of Music Chair. She also plays in the York Brass ensemble and York Music Media Ensemble, which are both student led ensembles. She has a passion for young musicians and plays in ensembles that feature student composers, arrangers and conductors.

She began conducting in 2017 with the York Brass Ensemble. She also conducted this past summer at Toronto District School Board’s Music by the Lake. Sydney has enjoyed growing up within the Etobicoke music community having played with the Etobicoke Youth Band and now with the Toronto Concert Band where she looks forward to conducting in 2019.

Sydney applies experience in every new opportunity she comes across and is always looking to learn from different professionals and colleagues. She looks forward to working with Orchestra Toronto and learning from all this opportunity has to offer.

Toronto-based conductor Sydney Surajram will join the Orchestra to prepare for our February 24 programme, Come Together: 50 Years after Abbey Road. 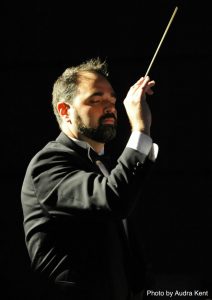 Born and raised in London Ontario, Patrick Headley is an award-winning bassoonist, music educator, and emerging young conductor. While earning his Bachelor and Master of Music degrees in Performance and Literature from the University Western Ontario, Patrick won his first professional audition at age 18 and has since been in high demand as a soloist, conductor, chamber musician, and orchestral bassoonist. An advocate of Canadian music, Patrick was chosen to perform John Weinzweig’s Divertimento No. 3 for Bassoon and Orchestra as a part of his official centenary in 2013. Patrick has served as conductor of the Quinte Symphony, as a performing coach and sectional conductor with La Jeunesse Youth Orchestra, and he currently serves as conducting faculty at the international chamber music camp, Music at Port Milford. Also an accomplished music educator, Patrick has taught at the University of Western Ontario, served as head of the performing arts at Rosseau Lake College, and currently teaches music at St. Mildred’s-Lightbourn School in Oakville. As a graduate student, Patrick assisted James McKay with the development of the Légère synthetic double reed, upon which he performs exclusively. Patrick enjoys singing and has performed as tenor soloist in productions of The Messiah, and Mozart’s Requiem. Currently living in Prince Edward County, Ontario, Patrick can be heard hosting several programmes on 99.3 County FM in Eastern Ontario. Patrick will join Orchestra Toronto to rehearse for our April 14 performance: Watershed. 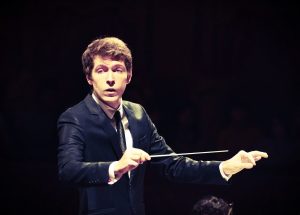 Described as energetic, instinctive and very gifted, Lorenzo Guggenheim, native of Argentina, is a conductor with an emerging international career conducting opera, new music and the broad orchestral repertoire. Internationally recognized for his vibrant interpretations, Mr. Guggenheim’s career was launched by his debut in the Teatro Colón at age 23, and his performance with the Orquesta Sinfónica Nacional de Chile in 2014, after which he moved to the United States. He is currently based in Toronto where he is Assistant Conductor of the University of Toronto Symphony Orchestra and Co-founder and Director of the Campus Philharmonic Orchestra.

Mr. Guggenheim was a fellow with the Seattle Symphony in 2016-18 covering Music Director Ludovic Morlot in two performances and assisting Associate Conductor Pablo Rus in the Shostakovich and Prokofiev Concerto Festivals. His involvement in the Pacific Northwest community includes his position as Conductor of UW CPO with celebrated performances in the Meany Center for the Performing Arts, one of the region’s premiere theaters, as well as the acclaimed concert Mozart in Vienna in which he performed several operatic excerpts, symphonic and concertante repertoire, and led Mozart’s Piano Concerto K. 449 from the piano.

As part of the new generation of independent opera in Buenos Aires that is breaking traditions and using innovative technologies to attract new audiences, Lorenzo Guggenheim premiered En la Colonia Penitenciaria, which won several awards from critics and art organizations. Mr. Guggenheim is a dedicated promoter of new music with strong relationships with several emerging composers as well as with the most prestigious from Argentina.

In his spare time, Lorenzo enjoys finding the best ingredients in the local farmer’s market and cooking with his wife. Their shared passion for animals led them to frequently volunteer in animal shelters.

Lorenzo will join Orchestra Toronto for our final programme of 2018-19, Primavera on May 26. 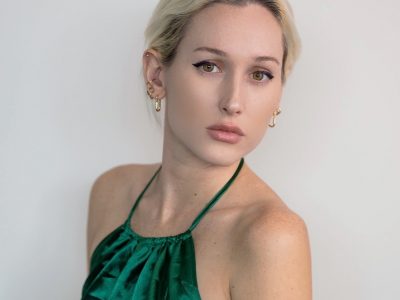 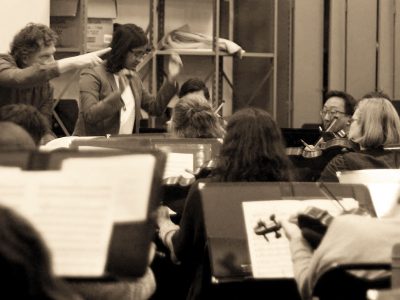 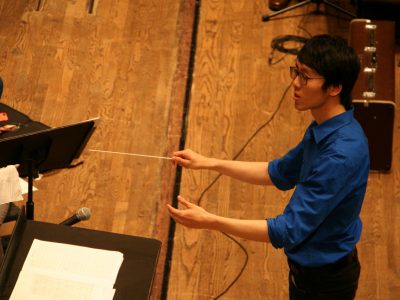