Beethoven wrote only one opera, Fidelio. That single opera, however, has rejoiced in no fewer than four overtures.

The premiere, which took place in Vienna at the Theatre an der Wien, on November 20, 1805, opened with what we now call “Leonore Overture No. 2.” (Overture No. 1 did exist, but the production for which Beethoven had composed it never took place.) Not happy with either the opera or its overture, Beethoven presented a revised version of both a few months later. The overture for that production is now called Leonore Overture No.3.

In 1814, a third version of the opera was presented in Prague. and both of the known overtures (No. 2 and No. 3) were rejected. Beethoven therefore composed a brand new overture—the Fidelio overture, named after the alter-ego of the opera’s main character—and this is what Orchestra Toronto will perform today. In contrast to the long, weighty Leonore Overtures, the Fidelio Overture is much shorter (about six minutes), lighter in spirit, and stands alone, without repeating  any of the themes from the opera itself.

A short, vivacious motif opens the overture. After a few slow bars of horns and bassoons, the motif is repeated. The slow horn and bassoon material is then developed in an introduction that throbs with anticipation. The tension is dispelled with announcement of the full theme (an extension of the vivacious opening motif) by the second horn. This introduces the main part of the overture. After a brief, retrospective look at the slow introductory material, a wildly joyful presto section brings the overture to an exuberant close.

Many concertgoers can name one or more musical father-and-son pairs: Leopold and Wolfgang Mozart, the whole Bach clan, the Strausses (both the Viennese and the German families), Alessandro and Domenico Scarlatti, Canadians Rodolphe and André Mathieu, etc. But what about mother-and-daughter pairs?

The only one that seems to exist is Elizabeth and Erika Raum, both of whom are professional musicians. This afternoon’s concert features Elizabeth as composer and Erika as performer

Elizabeth Raum is one of Canada’s most prolific, most accessible, and most frequently performed composers. She has written music for some of the world’s leading musicians, including Canadian soprano Tracy Dahl, American horn player Philip Myers (principal in the New York Philharmonic for 37 years), Swedish trombonist Christian Lindberg, and the American tuba legend Roger Bobo. Last year Raum began a two-year term as the first Composer-in-Residence with Orchestra Toronto.

Many of Raum’s compositions have been the result of commissions, which have come from the orchestras of Regina, Thunder Bay, Calgary, and Saskatoon as well as from the City of Regina, the Globe Theatre, the Prairie Opera Company, the University of Regina, the Canadian Music Centre, the Canadian Music Competition, the Royal Winnipeg Ballet, the Eckhardt-Gramatté National Music Competition, and the CBC. Her Violin Concerto, subtitled Faces of Woman, is no exception. This resulted from a commission from the Regina Symphony Orchestra. It was written for the composer’s daughter Erika in 1992, and was premiered by the Regina Symphony conducted by Vladimir Conta on April 24, 1993, with Erika as soloist. The work was recorded and broadcast nationally by the CBC. Erika’s sister Jessica produced a documentary about the compositional process and first performance of the work, entitled Like Mother, Like Daughter, which has been aired many times on television and is now available on YouTube.

The first movement, marked moderato affettuoso, is quite conservative, reflecting simplicity and innocence, a questioning hesitancy with underlying romanticism. The second movement follows without pause. This is a lively waltz with trio that features music Erika herself had written as an unaccompanied violin piece for Jessica’s wedding. Elizabeth set the music to orchestral accompaniment and elaborated the violin part for the concerto. The third movement creates an air of mystery, at once whimsical, sad, and mysterious. It provides an opportunity for both the orchestra and the soloist to display many moods and colors. This movement passes directly into the ominous theme of the final movement. This is the music of frustration and passion that represents the realities of life. Motifs are tossed back and forth between soloist and orchestra in angry altercation. The lovely trio from the waltz struggles to reappear, but is cut short by dissonance from the orchestra. A Bach-like theme, again taken from music that Erika had written for her sister’s wedding, suddenly appears as if the soloist were attempting to find solidity in the turmoil of life. She plays on steadily, in spite of the orchestra’s jibes. Later, cellos take up the theme, but this time the music is aggressive, fighting the soloist, who continues defiantly to the end in a brilliant display of strength and bravura.

So great was the shadow cast over the nineteenth century by the mantle of Beethoven’s symphonies that Brahms spent more than twenty years on his first work in this genre. By the age of forty-three, when Brahms finally brought forth his C-minor Symphony, Beethoven had written all but one of his nine; Schumann had written all four of his; Mendelssohn, Schubert and Mozart were already in their graves; and Haydn was up to No. 60 or so. However, despite the long wait for its birth, the symphony ranks among the greatest first symphonies ever written.  After the first Viennese performance of Brahms’s symphony, the critic Eduard Hanslick wrote that “seldom, if ever, has the entire musical world awaited a composer’s first symphony with such tense anticipation.”

Brahms’s cautious, highly self-critical approach to composition is well-known, but twenty years to bring forth a single symphony? His first attempt to write such a work went back as far as 1853, when he was twenty; he diverted this material into the Piano Concerto No. 1 in D minor. At about the same time he made sketches for another symphonic movement; eventually, in 1862, he turned these into the first movement Allegro of the symphony. More years passed. Spurred perhaps by 1874 the success of his Haydn Variations, Brahms wrote the remaining movements, and added the slow introduction to the opening Allegro.

Right up to performance time, Brahms continued to revise. For example, he shortened the inner movements to offset the length and weight of the outer ones.

For the world premiere on November 4, 1876, Brahms deliberately chose a modest setting – “a little town that has a good friend, a good conductor and a good orchestra.” The “little town” was Karlsruhe; the “good friend” and “good conductor” was Otto Dessoff, conductor of the Vienna Philharmonic from 1860-1875. The premiere and subsequent performances led by Brahms met with moderate success, but the symphony had a long hard struggle, right into the twentieth century, to gain public acceptance. It was considered too dense, turgid, dissonant, ungrateful to the ears, generally too formidable, lacking in melody and too overly endowed with counterpoint. Nevertheless, the symphony had its champions, including the conductor Hans von Bülow, who dubbed it “The Tenth” (an obvious reference to Beethoven), and who may have coined the expression “The Three B’s of Music” (Bach, Beethoven and Brahms).

The difficult road this work travelled to ultimate success might be seen as a reflection of its musical outline  ̶  from opening struggle to concluding triumph. The first mighty bars of the slow introduction (an introduction Brahms used only in this of all his symphonies) herald a work of enormous scope, power and impact. Over a steady, thundering tread in the timpani and basses, two simultaneous lines work their way forward: one upwards (violins and cellos) and one downwards (woodwinds, horns, violas)  ̶  in a gesture that seems almost to be tearing apart the musical fabric. Despite its fifteen-minute length, the entire movement is tightly-knit; all thematic, and even transitional material of the Allegro is found in the slow introduction, almost as if this passage had provided the movement’s molecular building blocks.

The “demonic passion, wild energy, harsh defiance, and hard, cold, stony grandeur” biographer Walter Niemann found in the first movement gives way to a more relaxed, resigned, though still noble second movement. Here we find some of Brahms’s most exquisite solo writing, which includes a serenely lyrical theme for the oboe, followed a bit later by a plaintive narrative for the same instrument, and, towards the end of the movement, the same lyrical theme for oboe, horn and violin together in three different registers.

The third movement is a gracious Allegretto rather than a robust scherzo like Beethoven would have written. The mood is intimate, the emotions relaxed, the orchestral colors painted in pastels  ̶  all welcome qualities in anticipation of the tremendous emotional struggle about to be unleashed in the finale.

In the fourth movement, as in the first, we again find an elaborate slow introduction presaging all thematic material to follow. If the first movement was grand, the last is grander still  ̶  the crown of the whole symphony. The wildly shifting moods (shades of the introduction to the finale of Beethoven’s Ninth) are dispelled by a glowing horn solo in C major, followed by a chorale theme in the trombones (hitherto unused in the symphony!). The noble, march-like theme of the Allegro has often been compared the “Ode to Joy” tune. The epic drama that follows culminates in a return of the trombone chorale now blared forth by the full orchestra. The symphony concludes in grandiose majesty. Glorious C major has triumphed over tragic C minor.

Formerly a horn player in the Montreal Symphony, Robert Markow now writes program notes for that orchestra and for many other musical organizations in Canada, the U.S. and Asia. He taught at Montreal’s McGill University for many years, and as a Wagner specialist has lectured at the Bayreuth Festival. He writes regularly for Fanfare, American Record Guide, Der neue Merker (Vienna), La Scena Musicale (Montreal), and Opera Magazine. Extra-musical interests include travel, film, literature, fine wines and decadent desserts. 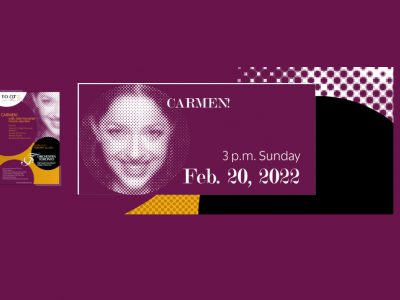 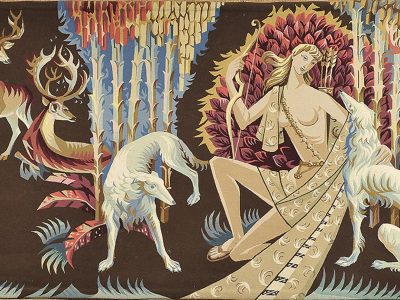 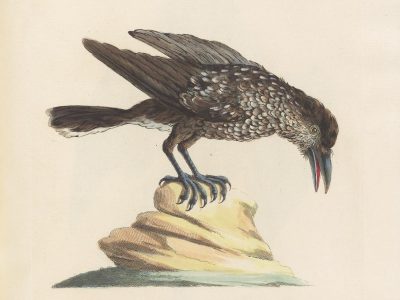