He is presently serving as the music director and conductor of the Scarborough Philharmonic.

His Fantasia was written to be performed with or without choir. The following notes are adapted from program notes kindly supplied by the composer.

The Fantasia is based on a group of four older traditional carols representing three areas of Canada: Ontario, Quebec and the Maritimes. 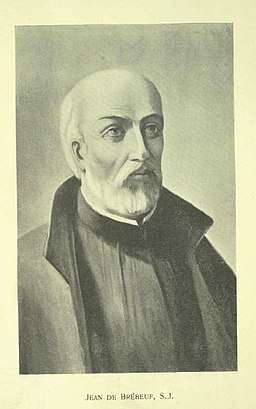 The Huron Carol is considered to be the first Canadian Christmas carol, probably first sung in 1641 or 1642, and written by Jean de Brébeuf, a Jesuit missionary at Sainte-Marie among the Hurons in Ontario. Brébeuf wrote the lyrics in the native language of the Huron/Wendat people to a French folk song Une Jeune Pucelle (A Young Maiden). Today, this carol is commonly heard with the English lyrics written by Jesse Edgar Middleton in 1926.

The Cherry-Tree Carol is a traditional English carol from the early 15th century that found a new melody and lyrics in Canada. The important collector of folksongs from the Maritimes, Helen Creighton, collected a beautiful version from William Riley, who lived in the aptly named Cherry Brook, Nova Scotia.

La Guignolée or La Guiannée is a French medieval tradition that travelled to French Canada with the first French settlers. It became popular in Quebec, parts of the Maritimes (including New Brunswick), and a few French-Canadian communities in the United States. Occurring on either Christmas Eve or New Year’s Eve, the singing participants went door to door asking for food and drink, plus donations for the poor. Ernest Gagnon discovered the catchy melody from the area around Montreal and Quebec.

Howard Blake was born in London and studied piano and composition at the Royal Academy of Music. His many-faceted keyboard abilities enabled him to have a career as a session musician, becoming resident pianist at the famous Abbey Road Studios in 1965 and working in a wide range of film, television and commercial recording studios.

Raymond Briggs’ wordless children’s picture book The Snowman was published by Hamish Hamilton in 1978. In 1982 the animated film company Television Cartoons developed the story, and in association with the new British public service Channel 4 TV produced a 26-minute animated version directed by Dianne Jackson, whose first credit as an animator had been the 1968 Beatles film Yellow Submarine. It was first shown on Channel 4 on December 26, 1982  and was an immediate success, being nominated for an Oscar and winning The British Academy’s Best Children’s Film Award in 1983.

he movie was also wordless but featured the song Walking in the Air. Blake had written the tune on a beach in Cornwall several years earlier while trying to recover from an almost complete breakdown, but the title and lyrics for the song didn’t come to him until one day in June of 1982, when he had promised to deliver a demo to the movie’s producer, John Coates, and realised that his earlier melody would be perfect. Blake also composed and conducted the complete orchestral score for the film with The Sinfonia of London.

In a December 2012 interview in The Telegraph newspaper, Blake said “I wrote The Snowman score at a time of terrible turmoil, but the song is about opportunities, if you can stop and take them. I’d always wanted to write a symphony with film – and that’s exactly what The Snowman is.”

Waltz of the Flowers from The Nutcracker

The Nutcracker ballet is now strongly identified with the warmth and happiness of the Christmas season, but the conditions under which it was created were certainly anything but joyous and festive.

When Tchaikovsky agreed to supply a new opera and ballet for the Imperial Opera in St. Petersburg in early 1891 a problem with his right hand had already forced him to cancel some conducting engagements in mid-January, and he had also decided to accept a month-long trip to America with a departure date in mid-April.

He was, moreover, already in low spirits. In December of 1890 Tchaikovsky had received a letter from his benefactor, Nadejda von Meck, bringing to an end their relationship of 13 years. The break came as a severe blow, but within four months an even greater blow was to follow.

On April 9 the composer’s brother Modeste received a telegram with news of the death of their sister Aleksandra Davydova, to whom Tchaikovsky had been very close. Modeste travelled to Rouen to inform his brother, but, fearing the effect of such a crushing blow so close to his departure for America, decided not to tell him; instead, Tchaikovsky learned the devastating news from a Russian newspaper in Paris a day or two before he left for America.

The ballet was completed on his return from the hugely successful American trip, and both the Suite (in March) and the complete ballet (in December) were first performed in St. Petersburg in 1892.

Violin Concerto in A minor, Op.82 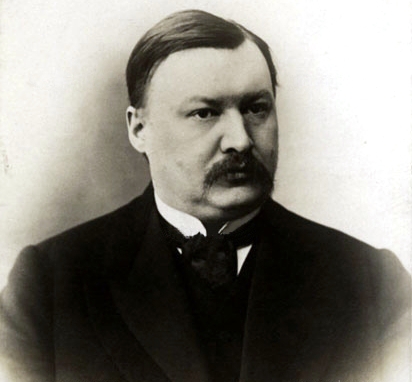 Glazunov became director of the St. Petersburg Conservatory in 1905 and after the Bolshevik Revolution helped reorganize it as the Petrograd and then the Leningrad Conservatory. He left Russia to attend the Schubert Centenary in Vienna in 1928 and never returned, finally resigning as head of the Conservatory in 1930.

He was a tireless worker at the Conservatory when it came to the well-being and care of the students. For instance, at a time when Jews were not allowed in the Russian capital Jascha Heifetz, Mischa Elman and Nathan Milstein were all able to go to St. Petersburg to study with Leopold Auer because of Glazunov’s efforts to obtain permits on their behalf. He dedicated his violin concerto to Auer, who taught at the Conservatory for the best part of half a century from the late 1860s through the 1917 Revolution and played a pivotal role in the development of the outstanding school of Russian violinists in the opening decades of the 20th century.

It was Auer who gave the first performance of the concerto at the Russian Musical Society in St. Petersburg on 4 March 1905, and the work came to be associated with several of his students: the 14-year-old Elman made his London debut with the international premiere of the work in October 1905; Efram Zimbalist introduced the concerto to American audiences in Boston in 1911; Heifetz made the first recording in 1934, and was soon followed on disc by Milstein, whose interpretation of the concerto had Glazunov’s own stamp of approval. The Heifetz and Milstein recordings are both available on CD in the excellent Naxos Historical series. 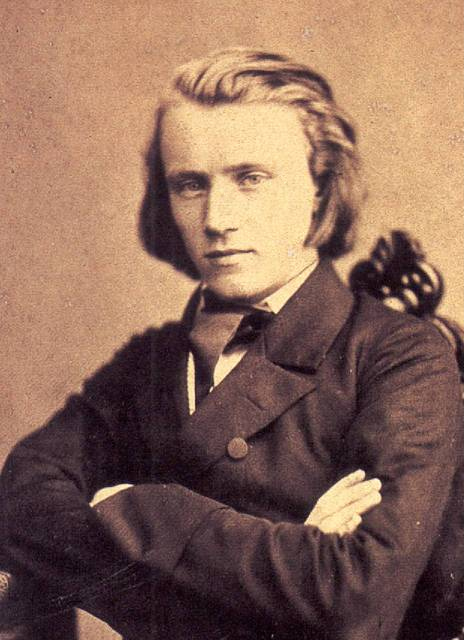 In 1852 Brahms, still only in his teens, was asked to tour as piano accompanist for the Hungarian violinist Eduard Remenyi, whose playing style was strongly influenced by the gypsy tradition of his native country. Brahms had always had a strong liking for gypsy music, and the period with Remenyi proved to be a rich source of material for him.

The 21 Hungarian Dances were written for piano duet, the first 10 appearing in print in two volumes in 1869 and the remaining 11 following in two further volumes about a dozen years later. Arrangements for orchestra started appearing almost immediately, and all 21 dances have since been orchestrated – many more than once – by a variety of composers including Dvořák, whose arrangements of several of the later dances were a clear inspiration for his own orchestral Slavonic Dances of the 1870s and 1880s.

Brahms did not assume actual authorship of the works, but claimed simply to have arranged the tunes. In a famous quote to his publisher Simrock he said that the pieces were “genuine gypsy children, which I did not beget but merely brought up with bread and milk.”

Update Personal Details
Your ticket for